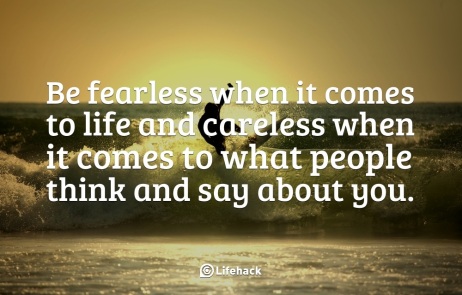 If I invited my wildness out to play, she would take me to foreign countries. I would discover different cultures, food and music. I would go to Rio during Carnival and dance through the parade. I would travel to Asia and have the best sushi of my life. I wouldn’t say no due to fear of rejection; yes would be the answer to everything (everything morally right). My bucket list would be never-ending but always obtainable.

If I were willing to be stone stupid, I would make beneficial mistakes. I could put aside my fear of underachieving and just go. Stone stupid people live without fear because they just don’t know any better. They rely on instincts and are willing to make mistakes. Stone stupid doesn’t mean risking your life for idiocy, but it means willing to drop what you know to take a chance on what you don’t.

If I weren’t afraid of being called stone stupid, I would just and know that I could fly. Fear wouldn’t have a stronghold on me but would instead push me to accomplish things I never thought possible. I would stop trying to achieve the status quo. I would go against the grain and be willing to stand out in the crowd. After all, God didn’t create us to be the same, why not embrace the beautiful differences in ourselves.

“For as in one body we have many members, and the members do not all have the same function, so we, though many, are one body in Christ, and individually members one of another. Having gifts that differ according to the grace given to us, let us use them: if prophecy, in proportion to our faith; if service, in our serving; the one who teaches, in his teaching; the one who exhorts, in his exhortation; the one who contributes, in generosity; the one who leads, with zeal; the one who does acts of mercy, with cheerfulness.” Romans 12:4-8

I could stop censoring myself here:

“Fear not, for I am with you; be not dismayed, for I am your God; I will strengthen you, I will help you, I will uphold you with my righteous right hand.” – Isiah 41:10

This is 30. 😎
Took me my whole life to make it to the land of my people, but boy was it worth it. 🇵🇷
Adventures @lolkidsclubswlv 🐼
Views from @area15official