Oh BOY was this holiday season a surprise. My husband and I found out our little bundle of joy is a bouncing baby boy! Alejandro Clemente (a.k.a. AC) will soon be revealing himself to the world in just a few short months. In honor of this beautiful miracle, we had to plan some amazing reveal photos.

For this shoot, I ordered blue smoke bombs from Gender Reveal Co. and headed to Red Rock Canyon to light them up. Each tube lasts about 80 seconds and created a picture perfect background. We also brought some confetti and balloons to experiment with on a few other photos. All photos were taken by the talented Jesse Sutherland. (Follow his IG here.)

Red Rock was such a great choice for photos. We set-up in Calico Basin which is free to the public! We had plenty of space to spread out and take photos on the boardwalk, near a trail or just in an open area.

First we started with the balloons. The wind was pretty crazy so battling the elements and trying to make balloons behave was a challenge. Nevertheless, Jesse captured an amazing photo.

At one point the confetti actually blew back in my face. I wouldn’t recommend this piece on a breezy day. 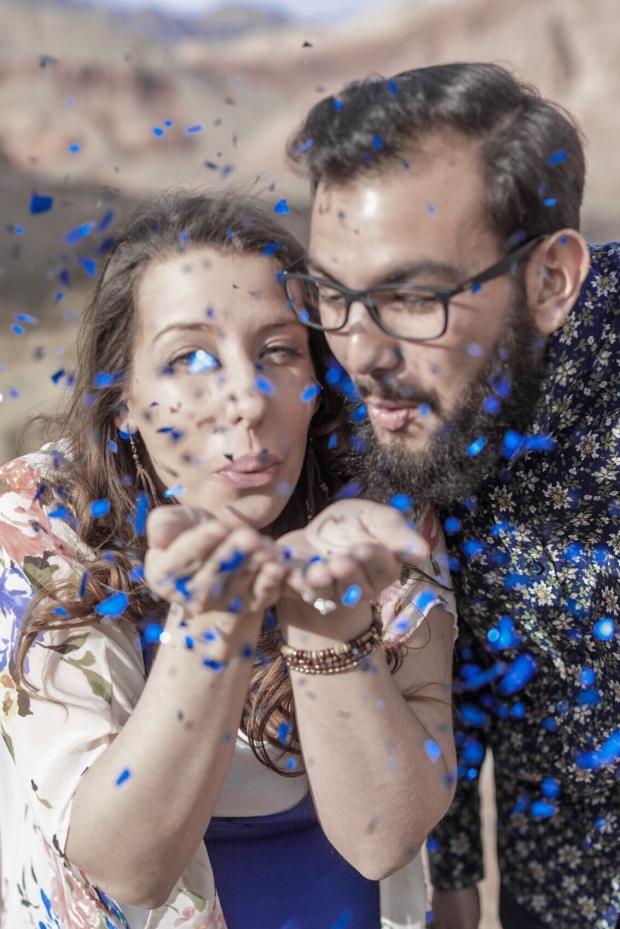 My all time favorite photos of the shoot were the smoke bomb images. Once again, wind wasn’t exactly on our side so some poses didn’t work. But I the ones we did get are frame worthy.

Any moms out there do some creative gender reveals?

Our Disneyland and California Adventures trip was magical!
Slaying our 20s and walking into our 30s at #nelsonsghosttown.
This is 30. 😎
Here’s my visit to Puerto Rico!