There is a fifth dimension beyond that which is known to man. It is a dimension as vast as space and as timeless as infinity. It is the middle ground between light and shadow, between science and superstition, and it lies between the pit of man’s fears and the summit of his knowledge. This is the dimension of imagination. It is an area which we call the Twilight Zone. 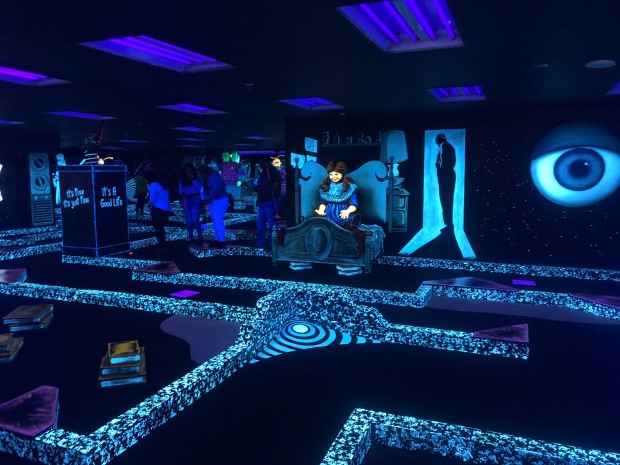 If you haven’t taken a trip to Bally’s Las Vegas in a while, you’re missing out. In December of 2017, Bally’s opened Twilight Zone Mini Golf. Located downstairs near the Bodies Exhibit, this 18-hole course bring to life the most popular Twilight Zone episodes as well as a small arcade with miniature bowling.

For only $11.95 a person, fans of all ages are transported to the fifth dimension from 10AM – Midnight daily. Players begin their journey through the Door to Nowhere and meander through the Twilight Zone. 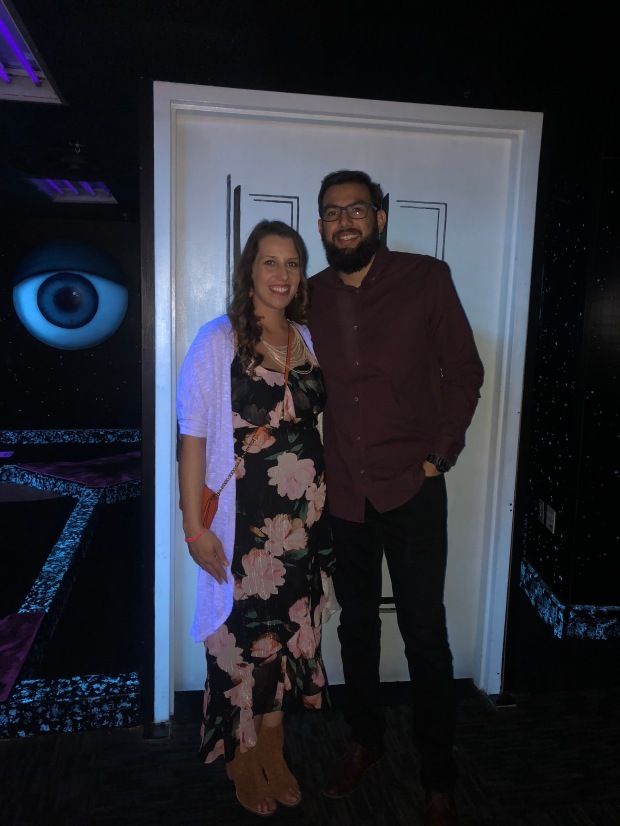 One of the most popular episodes, “Time Enough at Last,” has a custom-built hole modeling the library stone steps Henri Bemus stacks books on prior to breaking his glasses. I even achieved a hole-in-one on this hole!

Each hole allows you five chances before requiring you to move one. If players choose to keep score, the employee at the end will tell them which character they are. If you score high enough like I did, you’ll receive a FREE invitation to come back and try again.

4 thoughts on “Get into the Twilight Zone at Bally’s”

After what felt like years, our @onerepublic tradition continues! ❤️
Who knew we’d be so good at throwing axes? 🤔
🖐 Anyone else cry like a baby on their kid’s first day of school?
Lady! I LOVE my @officeladiespod hoodie.